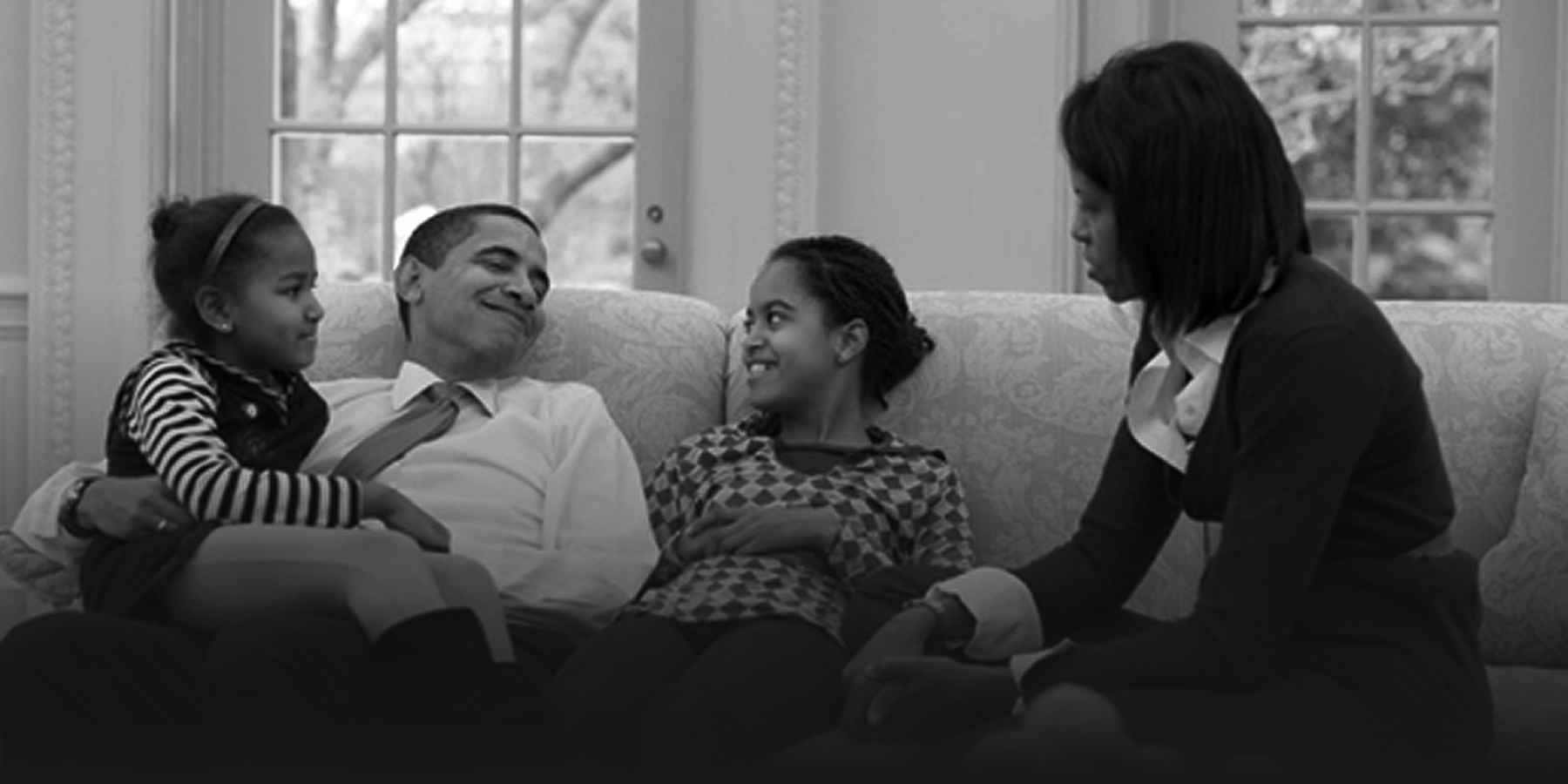 I’m a white guy. I’m told that my being white is somehow important. I’m also told that it’s a huge problem for me and everyone else. It is my skin color, I’m told, that makes me part of the problem in American culture. I’m also told that it is in no way unfair for others to judge me or sum me up according to my skin color, for doing so will help American culture to move beyond racism. Not end? No, move beyond.

I see. We’ll touch more on that later.

I’m told on a daily basis that it’s wrong for me to hold with the idea that opportunity and success are available to citizens equally in the United States. I’m told on a daily basis that my assumptions on that score are clouded or corrupted by a pervasive American institution called white privilege. I must admit I’d never heard of white privilege until last year. I don’t encounter it in my daily life or see it in the broader society, but I’m repeatedly told this is to be expected and that, as a white guy, I’m “racially and culturally unable to perceive it.” Maybe it’s just me, but this seems a rather convenient arrangement for those who would criticize me or other light-complected individuals on social views.

I find, though, this is generally the mode of all statist criticism of fundamental American notions or Constitutional laws regarding individual liberty: “Based on ‘X’ (race or privilege, usually) you are fundamentally corrupted and therefore incapable of understanding what is right.” The obvious implication then is, “So shut up.” Censorship is today a most treasured institution of the left.

I’m told on a daily basis by the statist media, members of the Democratic Party, and by other failure merchants of the professional left that success in America is still something reserved almost exclusively for whites, despite mountainous and overwhelming evidence to the contrary. I’m further told that despite my race-rooted inability to perceive it in the first place, my failure to atone for my benefit from white privilege means that I’m part of the problem and that I need to get out of the way of statist progress toward “equality.”

I know, I’m referring to myself here a lot, but it is my own experience that I know best. I’m told that this, too, is bad; probably because individuals are no longer en vogue in the United States. It is groups that matter now and groups need them some success! Apparently, success is a zero-sum game and in short supply, and we need new laws in order to distribute it equally.

Success is daily becoming more of an encumbered and confused concept in the world. Deliberately so. On the one hand, people of all social and political stripes rightly admire success and continually strive for it personally. They also talk about striving for it and often lament how some fail to achieve it. As such and just as one might logically expect, success is then cast rather positively. Given the definition of success, this would only seem right. On the other hand, the idea of success is continually maligned, demagogued, and otherwise attacked on every social and political front by leftists as being 1) indicative of corruption, 2) insulting by comparative implication, or 3) as resulting only from the lowliest of predatory human inclinations. According to this philosophy, success therefore becomes the proper target of every conceivable social and political hindrance and fiscal or regulatory penalty. One of the modern clichés in that respect is how opponents to liberty continually proclaim success as being achieved “on the backs of (insert some politically useful special interest group here)”

No, it seems that success is positive only in the realm of aspiration. Beyond that, success’ most appropriate employment is either as the object of inspiration toward resentment or as a bludgeon against the opposition in the war on individual liberty. The left’s policies and rhetoric show us that in order to be righteous we must never actually realize achievement (for that would a colossal failure of moral relativism!), but instead should only fight for the equal distribution of it. Functionally, this is the statist concept of success: it can be the carrot or the stick, but it must never result in a meal. No, those able to feed themselves are of no use to the left, for they lack the two most important statist virtues: rabid envy and inescapable dependence.

Okay, one may make an argument and work to inspire envy, resentment, and dependence in others, but what of facts? The failure merchants and race merchants of the left’s social and political machines work hard every day to ensure that Americans maintain a belief that white privilege prevents blacks and other “minorities” (what a demeaning statist term [1]) from any significant success. Yet this claim is demonstrably false in every dimension!

If one listens to the Democrats and the rest of the professional left, such success among blacks or any non whites is nearly impossible, so great and powerful is the white conspiracy in America aligned against them. So how then is it happening? How are non-white individuals able to achieve every success available to American citizens—political, economic, athletic, judicial, social, artistic, scientific, business, etc—without white privilege and in the face of the other supposed social forces arrayed against them? Well, they do it the same way individuals of any race, creed, or gender create success in the US: they aspire to something by individual choice and interest and work hard to overcome the obstacles they meet along the way.

It’s called work. It’s how you prove the naysayers and failure merchants wrong. To go through life lazy and avoiding work is the only way to prove the failure merchants right. That’s also how you become a failed servant of the left; at best, an underachieving martyr to victimhood and, at worst, a ward and dependent of the state. In either case you become a Democrat voter (if you even remember to vote), voting each year for government to steal more and more from those individuals—black, white, Hispanic, Asian, man, or woman—who did and do put in the hard work to achieve success.

Those who buy in to the left’s white privilege propaganda—those ill-labeled victims, those lazy people—don’t have the will to work or the will to dare or to try; only the will to steal. Yet they lack even the courage to do that for themselves so they pay the Democratic Party or some other statist special interest group to steal for them. And for this they pay everything, they pay the greatest price one can pay: all of their potential, all of their morality, all of their virtue—all so that they can lazily wallow in their own envy and receive a daily ration of government beans and cheese and bread. These are, as Ronald Reagan pointed out, “all the things guaranteed to a prisoner or a slave.” And slaves are precisely what they are. They are the indentured servants to the enemies of liberty.

Moral Americans, and even statists, used to talk about ending racism. Statists seldom do anymore because institutional racism against non whites was ended decades ago. Any actual racism against, say, blacks today invites the whole of the media and almost all of American society to land upon you like a ton of bricks. Actual racism in the US today is a social death sentence, so the left seldom mentions ending racism. Today they speak most often of moving beyond racism. You see, racism is a powerful tool for crushing individual liberty. History makes this fact quite clear. The statist failure merchants of the professional left have learned some lessons of history well. They know that their success depends upon the preservation of racism as an important component of effecting sociopolitical change in the US. But to successfully employ racism in today’s society requires the redefinition of some fundamental words and concepts.

The most important term to be redefined was “equality.” The American concept of equality has to do with equality of opportunity on a level playing field. In other words, “Give me the chance to do it, to succeed or fail, unhindered by the shackles of tyranny, according to my own ability and will and let the chips fall where they may .” The term was, by the opponents of individual liberty, eventually redefined to mean equality of result. This redefinition gave the Democrats political license to characterize any business, any market, and any societal endeavor’s result as racist or sexist. Since individuals are not equal in ability, will, effort, or even interest, every human endeavor could be—and is—labeled as racist and sexist according to this demagogic redefinition. Upon this inane, immoral, and illogical standard the statist case is built.

The scariest fact is that to the statists, equality or inequality is not even the point of these ridiculous machinations. The point is the destruction of the moral concept of the individual in favor of the group.

Individual privilege, as a critical or discriminatory ideal, is petty and insignificant. Only as groups can the left describe the supposedly tyrannical effect of some upon others. Individuals serve no purpose in the leftist, statist ideal and so they must be delegitimized and marginalized. Everyone must be put into some group or another and all societal concerns and laws must focus on and respond to these groups. In this way, government is able to remain relevant to people as an active force in daily life, and as the only capable moderator between competing groups (those “other” who want to take what you have or prevent you from getting it in the first place). Race is historically the most powerful of social groupings, so on that the statists focus. And so the individual no longer matters. Which leads us back to white privilege.

If I understand it correctly, white privilege is an inarticulate, unperceivable, ineffectual, yet ever-present and otherwise omnipotent force in our country requiring the wise and necessary intervention of state officials working toward a more centrally planned direction for our citizens; black, white, brown, male and female. In other words, white privilege is nothing short of a demagogic justification for racist privilege and continued, institutionalized racism. It’s also the left’s most important weapon against individual liberty and justice in the United States.

The President of the United States, the [Ed: not anymore], is a twice-elected black man. Yet we’re supposed to believe that whites won't let blacks catch a break in modern US society? Please. Go sell stupid somewhere else.